Click the links below for more information on the event:

JOHNNY GOT HIS GUN

Thursday, June 13 • 7:30PMTickets $26/$24
Friday, June 14 • 8:00PM
Johnny Got His Gun is Bradley Rand Smith's award-winning stage adaptation of the Dalton Trumbo novel of survival and the persistent need in all human beings to live with dignity and purpose. This powerful and passionate story reminds us that behind every casualty of war there is the story of a young person whose hopes, aspirations and dreams have been stolen from them. Majestic Theater veteran Rand Foerster directs son Tosh Foerster as Joe Bonham in this riveting anti-war drama.

Saturday, June 15 • 2:00PM & 8:00PMTickets $26/$24
Sunday, June 16 • 2:00PM
A witty, moving play by Laurel Turk with music about body image and sexuality after a double mastectomy. One woman's determinedly truthful story juxtaposes intimate monologues with humor, song, and dance. Performed by Laurel Turk and three other actresses. Anyone who has a body will find something to relate to. Winner of Highest Grossing Show in the Manhattan International Theatre Festival, and brought to us by Jeannine Haas's Pauline Productions (past shows at the Majestic: Scaramouche Jones, I Am My Own Wife). 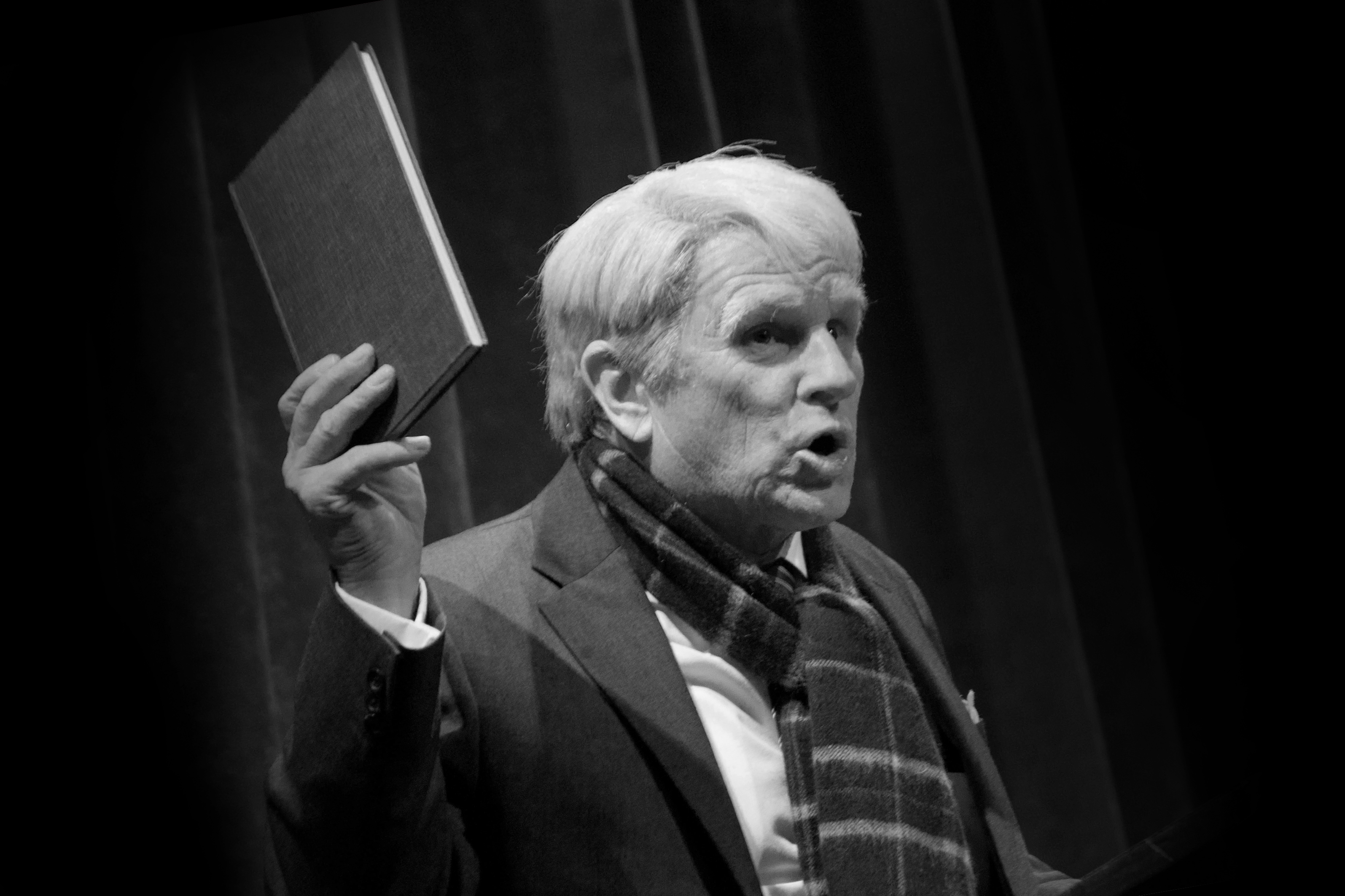 Wednesday, June 26 • 7:00PMTickets $26/$24
We've missed Rick for a couple of years, but he's back to kick off the Majestic Summer Concert Series. Rick's super high-energy tribute to the great Rod Stewart is backed by a six-piece band and covers Mr. Stewart's entire career from his early years, through disco, and all the way to his recent classic American songbook covers.

Thursday, June 27 • 7:30PMTickets $26/$24
Ca$h Only is a fun and ultra-entertaining performance of the music of Johnny Cash, full of great music, stories, and comical exchanges. The Buckwright Brothers—all fervent Johnny Cash fans and outstanding musicians who have shared the stage with dozens of country music performers—deliver a show featuring all of Johnny's greatest hits and then some.

Friday, June 28 • 8:00PMTickets $26/$24
Selling out venues from coast to coast, Moondance is the ultimate tribute to the one and only Van Morrison. See and hear these Morrison classics: "Brown-Eyed Girl", "Moondance", "Tupelo Honey", "Caravan", and "Into the Mystic", just to name a few. It's a spot-on show packed with one classic song after another!

Saturday, June 29 • 2:00PM & 8:00PMTickets $26/$24
You asked for it, and you got it! Their concert is a summer tradition here at the Majestic. Let Joe Canata and the Memories treat you to amazing vocal renditions of your favorite and most memorable doo-wop hits of the 50s and 60s. They'll be joined by special guests and surprises, all bringing you the very best music of yesteryear.

LISA LANNO:
MESSAGES FROM THE OTHER SIDE

Sunday, June 30 • 2:00PMTickets $26/$24
Lisa Lanno returns to the Majestic for an evening of emotionally-charged spirit connections. This astounding and interactive program connects actual audience members with friends and loved ones from the Other Side. This show has always sold out, and has truly amazed the people who have been a part of it.

Friday, July 5 • 8:00PMTickets $26/$24
A tribute to some of the greatest hits from one of the most influential and musically diverse eras in America, The 70s Project is a spectacular trip back to the 1970s and the musical styles that defined and inspired a generation. This colorful show will have you dancing in the aisles—not to mention longing for your bellbottoms and lava lamps!

Saturday, July 6 • 8:00PMTickets $26/$24
Relive the magic of the 70s with Donna Lee and her band in The Karen Carpenter Story. National recording artist Donna Lee and Jo-Anne Dominik explore the musical treasures of the Carpenters' catalogue and bring to life songs of joy, love, and longing. These artists share Karen Carpenter's biggest hits and tell a story of a life of music and tragedy.

Thursday, July 11 • 7:30PMTickets $26/$24
The Driftwoods are back again with a tribute to the Beach Boys! After all, what would summer be without them? Break out your sandals and baggy shorts, wax up that surfboard, and catch a wave with the always-popular Driftwoods as they capture the signature harmonies and sounds of this iconic California band.

Friday, July 12 • 8:00PMTickets $26/$24
Patrick is accompanied by a seven-piece band in this tribute to the late, great Frank Sinatra. Patrick's uncanny resemblance to Sinatra, his stunning command of Sinatra's material and vocal style, along with a genuine love of bantering and connecting with people makes for a performance that has dazzled audiences across the world.

Saturday, July 13 • 2:00PM & 8:00PMTickets $26/$24
Center Stage Motown Review frontmen Darryl Carter, Donald McCall, and Irving Lewis have awed audiences across the country with all of the style, flair, and exuberance that only a Motown show can provide. There'll be songs from The Temptations, The Four Tops, Smokey Robinson, The Spinners, The O'Jays, and a whole lot more!

JULY & AUGUST Tickets $9.50
Introduce your children to the magic of theater with the Majestic Children's Theater — three plays designed for our youngest audiences: 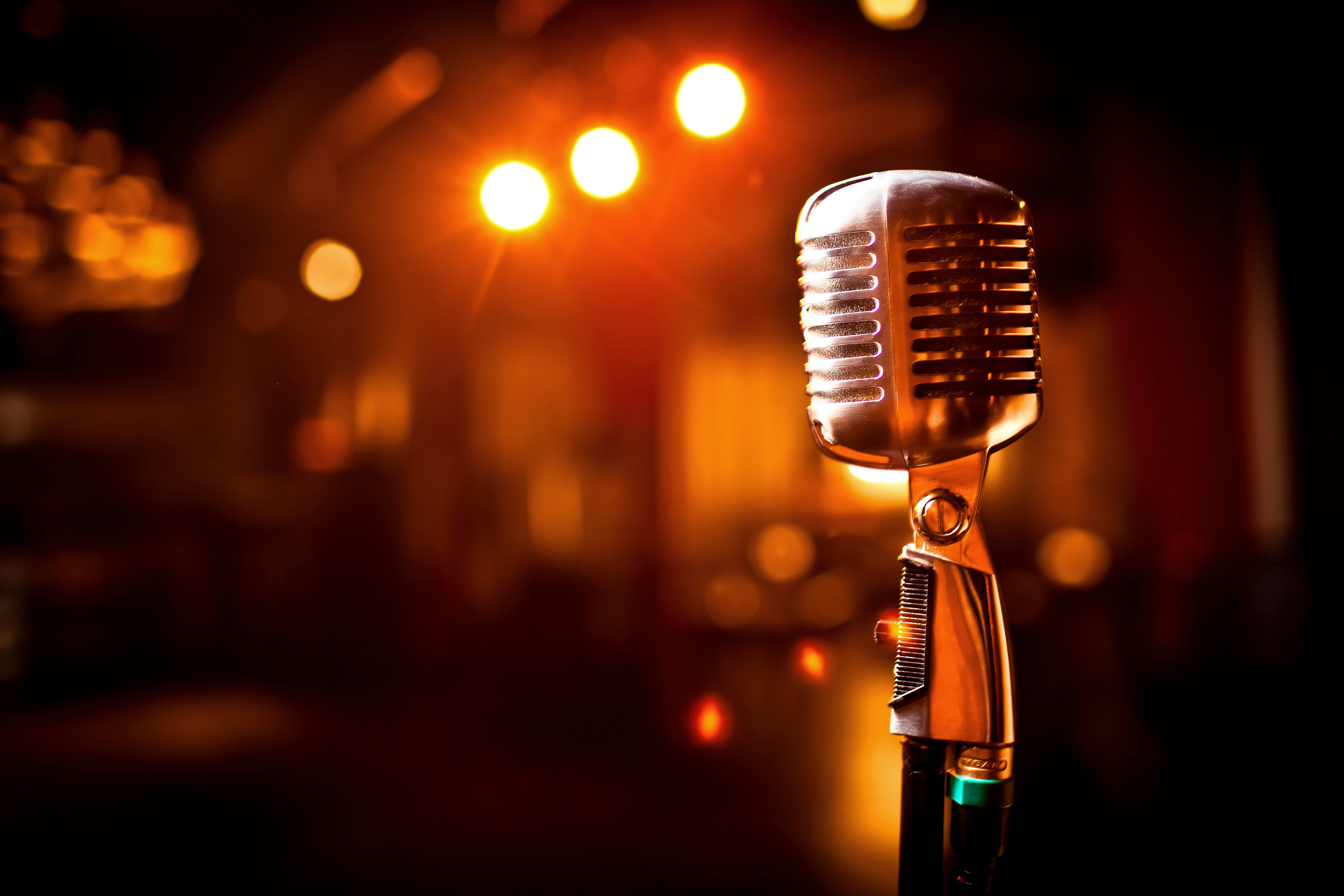 TUESDAYS at 7PM General Admission $7
Do you have a talent you want to share?
You have a chance to perform on the Majestic stage and win money!

While you must book a slot in advance to perform, general admission is $7 at the door — no reservation required! Only the Talent Night Finale has reserved seating, with tickets going on sale in August. 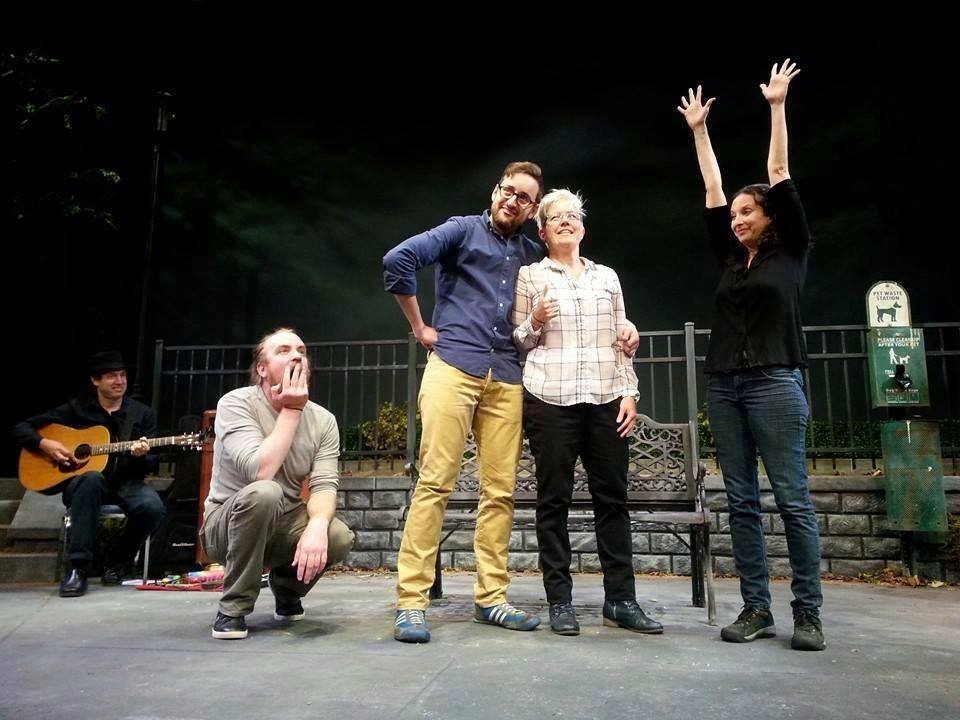 IMPROVISATIONAL COMEDY
with the MAJESTERS

WEDNESDAYS at 7:30PM General Admission $9
Improv with the Majesters is the new Wednesday night tradition during Majestic summers! Our own troupe of improvisational comics take suggestions and inspiration from the audience each night to create hilarious scenes and songs on the spot. It's a fun evening full of surprise and antic comedy!

Every Wednesday is a brand new experience, so come back week after week for a new show each time!

Saturday, July 20 • 8:00PMTickets $26/$24
The early 70s in Laurel Canyon, California, was a special time and place that Running On Empty recreates by playing the best songs of Jackson Browne's catalog, plus hit tunes with trademark harmonies from The Eagles, The Byrds, CSN, Linda Ronstadt, and The Mamas and The Papas. Running On Empty features award-winning studio and concert veterans.

Thursday, July 25 • 2:00PM & 7:30PMTickets $26/$24
Buddy Holly's music has resonated in this theater since we opened in 1997. Our very own Ben Ashley will dig out those iconic glasses, put new strings on the Strat, and try and squeeze once again into that white suit for an evening of great rock 'n' roll. He'll be joined by Mitch Chakour, Don Rovero, Tim Hosmer, and a surprise guest or two!

Thursday, August 1 • 2:00PM & 7:30PMTickets $26/$24
Friday, August 2 • 8:00PM
ABBA is the pop supergroup from Sweden that has electrified audiences of all ages for decades with hits like "Mamma Mia", "Dancing Queen", and many more. Dancing Dream is an NYC-based touring tribute act who will take you on a nostalgic trip back to the glitz and glamour of the 70s with their beautiful harmonies, elaborate costumes, and exciting choreography!

Saturday, August 3 • 2:00PM & 8:00PMTickets $26/$24
So popular, we've booked them for two shows! Come see some of the Valley's most experienced musicians and singers in a show featuring selections from The Eagles' most-loved recordings. Tight harmonies, beautiful musical arrangements, and story notes take on special meaning with this tribute to the iconic band.

Thursday, August 8 • 2:00PM & 7:30PMTickets $26/$24
Good Acoustics, featuring Mike Smith, Dave Fazio, and Bill DeSanty, have been performing all over the East Coast for three decades, and they're well known for their strong vocals and tight harmonies. Their passionate tribute to Simon & Garfunkel is rich with the lush vocals and classic songs we all know and love!

Friday, August 9 • 8:00PMTickets $26/$24
Saturday, August 10 • 8:00PM
Kenny LaBelle's tribute to Neil Diamond has been a summer tradition here for more than 16 unbelievable years! It's a sweeping show that not only masterfully covers those hit Neil Diamond songs which are so much a part of our musical heritage, but some of the lesser-known hidden gems as well. Get your tickets early, because this show always sells out.

Thursday, August 15 • 2:00PM & 7:30PMTickets $26/$24
An annual summer treat for Majestic audiences, Brian McCullough journeys from his home base in South Carolina back to his Western Mass roots with his extraordinary musical homage to the late, and so great, Roy Orbison. It's a spectacular tribute to all and everything Orbison.

Friday, August 16 • 8:00PMTickets $26/$24
Saturday, August 17 • 2:00PM & 8:00PM
It's not summer here at the Majestic without Ray Guillemette, Jr. and the Memphis Jam bringing their award-winning tribute to the King of Rock 'N' Roll. Elvis Presley's impact was worldwide, his songs legendary, and Ray has been acknowledged as one of the top Elvis tribute artists in the nation. There's a reason why Ray has die-hard fans — come find out!

Sunday, August 18 • 2:00PM & 7:00PMTickets $26/$24
It's the Ultimate Cher Experience with the one and only Lisa Carter, returning to our stage again for a show full of spectacle, humor, and great music. For this year's Majestic show, Lisa fronts a four-piece band along with backup singers. Experience the glam, the glitz, the music, and the Mackie — all wrapped up in a rhinestoned extravaganza!

Friday, August 23 • 7:30PMTickets $26/$24
Saturday, August 24 • 2:00PM
Prepare to be impressed as Dan Kane presents FIFTY of the area's talented young voices. As the culmination of Dan Kane's Summer Singing Enrichment Program held here at the Majestic, this concert is full of great music from young performers ages 6–16. These new singers are truly the hit vocalists of tomorrow!

Saturday, August 24 • 8:00PMTickets $26/$24
Sunday, August 25 • 2:00PM
This is THE show you aren't going to want to miss this summer! Freddie Marion & Dan Kane, along with their most talented friends, are bringing a brand new show to the Majestic! They'll be joined by a swinging band with a fantastic four-piece horn section, and performing your favorite hits from Frank Sinatra, Michael Bublé, Motown, and more!